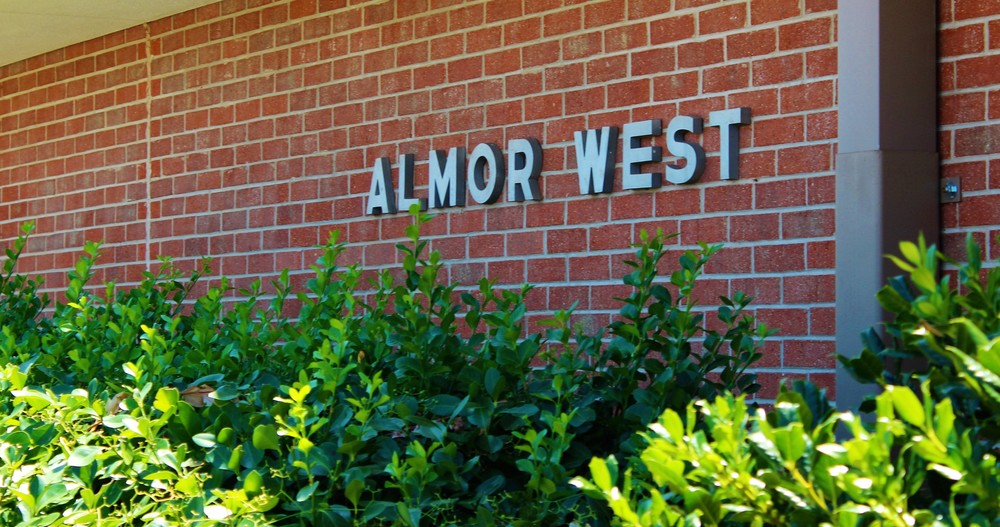 Almor West, formerly an open-spaced elementary school, began in the fall of 1973 in the east wing of Woodland Hills Elementary School with Raymond Smith as principal. It's initial population included fifteen faculty members and approximately 250 students. Faculty and families worked during the Christmas Break of that year to help prepare the new building for opening in January 1974. A series of walls was added to Almor West during the summer of 2007.